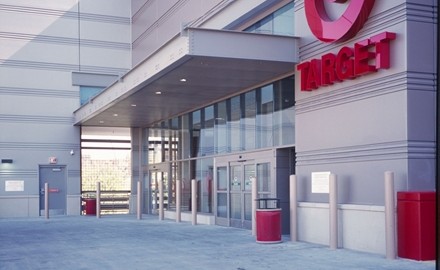 At the height of last year's holiday shopping season, one of the most prominent retailers in the country suffered a blow of unimaginable proportions. On December 18, news broke that Target Corporation's customer database had been breached and that the financial information — including social security and credit card numbers — of up to 70 million customers may have been compromised between the dates of November 27 and December 15.

The company responded to the PR nightmare by organizing a store-wide discount weekend, but the damage had been done. Coming during a season that retailers such as Target relied on for increased revenue to close out the year, the breach couldn't have occurred at a worse time. The company posted a loss in the fourth quarter and, following the fallout from the incident, CEO Gregg Steinhafel resigned this past spring. It's speculated that the data breach was only partly responsible for the resignation, and that an unsuccessful venture into Canada also played a role in his departure.

At a company as big as Target, those tasked with replacing executives in the wake of a crisis are under a tremendous amount of pressure. There are also opportunities for organizations to go in a new, more positive direction provided that the right people are brought in. Target hopes that will be the case with the company as it is increasing its push towards a more digital and secure environment.

According to the Minneapolis StarTribune, the Minnesota-based retailer has gone on a hiring spree to bring in new executives to oversee the company's efforts to facilitate a more secure virtual shopping experience. Three new senior-level executives have been brought on in the fields of information technology, e-commerce and digital products.

Eddie Baeb, a Target spokesman, spoke with the source about the development.

'Certainly these hires speak to the emphasis and energy we're putting into our digital transformation," Baeb said. "We're actively looking to continue to bolster talent both digitally and throughout the company. The fact that we're bringing in so much external leadership is a significant move and statement for Target."

Time will tell just how effective this move will be for Target, but it's clear that the company has high expectations as it hopes to eliminate the bad vibes surrounding the organization. In any similar situation, it's of the utmost importance to find the right people to ensure the second chance is successful. Target has the resources to overcome a bad incident, but not all companies are as lucky. If your business makes personnel moves at the executive level in the fallout of a serious negative incident, it's crucial that your actions are successful.

Working with an executive search firm can ensure you bring on the right people to fill these roles.