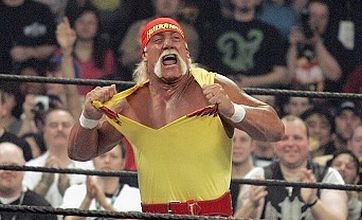 When stockholders become restless and the status quo simply won't suffice, it may be time to make significant changes at the executive level.

On May 16, World Wrestling Entertainment (WWE) the largest professional wresting organization in the world, saw its stock drop by 40 percent from the market's open until its close, which cost CEO Vince McMahon $350 million in one day. The incident made headlines that transcended the sports entertainment realm, and investment groups took a keen interest in the financial situation of the WWE.

Around that same time, investment firm Lemelson Capital took a stake in shares of the organization. The firm immediately expressed its dissatisfaction with the current state of the organization. A period of steady financial loss, which the firm linked to poor execution of product launches and material misstatements, prompted Lemelson Capital to call on the Board of Directors to replace the company's executive management team.

"WWE has affirmed that even with one million subscribers for its WWE network, the company stands to lose between $45 million and $52 million in FY 2014, which validates the original short thesis," said Emmanuel Lemelson, Chief Investment Officer of Lemelson Capital Management. "This follows what we believe to be material misrepresentations by the company about both the performance and operating profit model of its WWE network, which the company has wrongly labeled 'a homerun'."

One of Lemelson Capital's more exorbitant suggestions is the sale of the WWE, but the company has been in the McMahon family since it was founded in 1952, so it's unlikely this will be the course of action. It's far more likely that McMahon will listen to Lemelson and make changes to the executive management team, which would simultaneously satisfy investors and perhaps serve as the spark needed to turn the company's financial fortunes around.

While making drastic changes to the company's executive team is never a pleasant situation, it does provide businesses an opportunity to start with a clean slate at the top of the organization. Such an action could provide long-term benefits, provided the right people are brought in to replace the vacated executive positions. If your company is facing pressure from outside sources to make changes to the executive level, it's imperative that these changes yield favorable results. Working with an executive and senior management search firm can ensure the individuals brought in to replace ousted executives are a good fit.