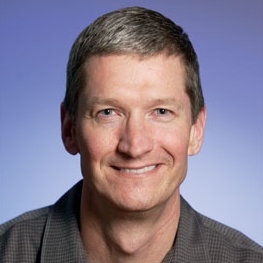 Next week Apple hosts its annual World Wide Developer's Conference. It's a week-long event, but Monday's keynote presentation is the moment everyone's waiting for. That's when Apple will unveil new products such as the next version of the mobile operating system or the latest iPhone. It could be an opportunity for Apple to showcase new innovations, something many are hoping for this year.

Apple is under a tremendous amount of pressure to reestablish itself as the driving force of consumer product innovation. The company that changed computing, music and the cell phone hasn't created a brand new product that gained mainstream attention since the iPad in the spring of 2010. To be more specific, the company hasn't launched a brand new product since the retirement and death of Steve Jobs and the promotion of Tim Cook to company CEO.

While Cook's reviews have been mixed, those who oppose his managerial style have been vocal about it. There are those who think had Steve Jobs still been alive and had his health not get in the way of his responsibilities at Apple, the organization would be in a better spot today.

Meanwhile, Cook has said the right things. Last month, he told analysts that they had no need to worry about the direction of the company.

Companies that have to maintain a reputation like Apple's have to constantly make a splash. This could require bringing in the executives and senior leaders who have the vision needed to keep innovating. Working with a search firm can find the right people to fulfill this need.