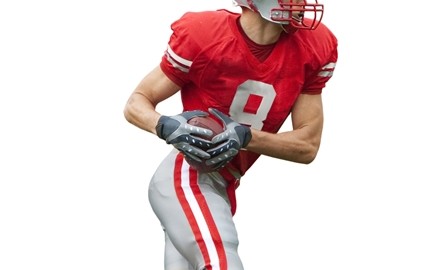 The Houston Texans are on the clock, and tonight they will make a decision that will impact both the direction of the franchise and the professional lives of the people in charge of the team.

The National Football League's annual draft kicks off tonight, and all 32 teams will be selecting players they hope will become future stars at their organization. The Houston Texans are in a familiar position. After finishing with the worst record in the league last fall, they now have the first pick in the draft for the third time in franchise history.

In 2002, as an expansion team, the Texans selected quarterback David Carr, making him the first selection of the draft and the first face of the franchise. Carr never proved to be worthy of his lofty status coming out of college, and many media pundits have labeled him as one of the biggest draft busts in NFL history. Head Coach Dom Capers and General Manager Charley Casserly were the two men responsible for that decision. The Texans culminated four losing seasons with the first pick in the 2006 draft after posting the league's worst record in 2005. At this time, it was determined that Carr was not the answer at quarterback, and Casserly and Capers both left the Texans organization. Neither have found work in their respective positions since.

Those selecting at the top of the draft tonight, particularly those in Houston's current regime, understand what's at stake. The right choice can bring championships and, subsequently, billions of dollars in additional revenue. The wrong selection can cripple an organization. While professional drafts are more publicized than standard business decisions outside the sports industry, the same principle applies.

Your executives and senior managers will be expected to make decisions that can sway your organization's economic viability by millions or even billions of dollars. Not only must they possess the fortitude to take firm stances and stand by them, they have to understand their industry and have the business sense to maximize the positive impact of their decisions.

Obtaining individuals with these capabilities requires a thorough review of their past accomplishments and their skills. This could require assistance from an executive search firm that understands what types of professionals fit this need. Just as the decisions made by your executives and managers can have a dramatic impact on the fortunes of your company, selecting the wrong candidate will be even more damaging. Finding the right person means they will likely make the right decisions, which ultimately benefits the organization as a whole.