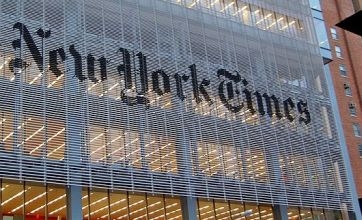 The New York Times shocked its staff and readers on Wednesday when it announced it was relieving executive editor Jill Abramson of her duties and replacing her with managing editor Dean Baquet. A stunned newsroom received word of the change after they were quickly assembled by publisher Arthur O. Sulzberger Jr., who said the decision was made due to "an issue with management in the newsroom."

Abramson, 60, only took on the job in 2011, but her relationship with Sulzberger and the company quickly deteriorated, according to people in the company who were briefed on the situation. Baquet, meanwhile, is eager to capitalize on this opportunity.

"I will listen hard, I will be hands on, I will be engaged. I'll walk the room," he said. "That's the only way I know how to edit. Let's take risks, let's not beat each other up when we fail, let's work together. Let's not get paralyzed by guessing what Dean or anybody else wants. Give it a shot."

That's not to say Baquet's job will be safe forever. As his predecessor learned, tensions within the managerial structure can result in a quick dismissal. As a company owner, this is important to consider when reviewing potential candidates for your executive and senior management positions.

A candidate could have the best credentials, but if they are unable to get along with their colleagues, they may never live up to the potential they showed when you hired them. In some cases, as we've seen, the only answer is termination. Working with an executive search firm can help find the candidates that not only possess the skills and experience necessary to do their duties, it can also help find those who will fit your company culture and grow with your organization.