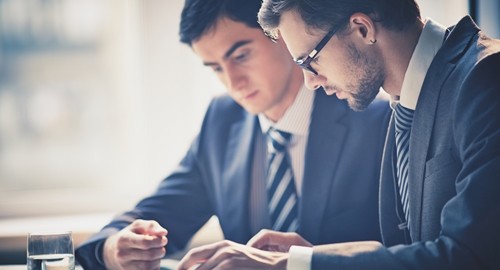 Some people think they can get by if they know the ins and outs of their designated position, the company's mission and the responsibilities associated with fulfilling that mission. Essentially, those who know how to do their job from a business perspective feel they can leverage those skills and knowledge to become successful in their roles. However, to move up and take on a greater role at the company, professionals must know about their jobs and they must have good people skills.

This blog has discussed the need to manage personnel and business interests in the past, and the need becomes greater the higher one gets in an organization. For example, a ComputerWorld article recently featured the story of Ellis Brover, who moved up from IT Corporate Manager to CIO at Toyota's Australian division. He said that while he mastered the technical aspect of his duties, his IT background only took him so far.

Brover's success was fueled by his people skills. His ability to communicate with the rest of the organization and his approachability were vital. His personal and social skills allow him to communicate not only with the employees who work directly under him and in his division of the company, but with the organization as a whole. He told the news source that taking interest in departments outside his own will help him fulfill his responsibilities .

"It is common to be assigned to lead or participate in significant business activities outside your day-to-day role, and in my experience these have been the most valuable learning opportunities. Going forward in this role [of CIO] I expect to continue to learn more about the intricacies of our business," he said.

Brover's skills allowed him to move up in the company and Toyota was able to recognize his abilities during his years of service. This is not as easy to determine  when you bring in an individual from the outside. In this scenario, you may have to forgive candidates who don't fully understand every aspect of the organization, but they must showcase an ability and willingness to learn. What you can judge candidates on is their general people skills, which will become vital as they take on an executive position.

Working with an executive search firm will allow you to identify the most qualified candidates for your open positions.